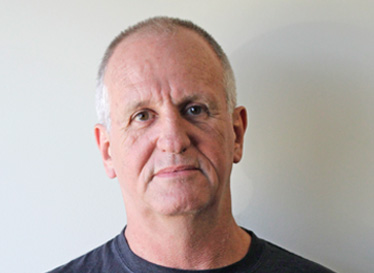 Ian, together with his wife Sue started Shiloh Plastics in 1996 after recognizing a need for a manufacturer of blister packs in Brisbane.

Ian, together with his wife Sue started Shiloh Plastics in 1996 after recognizing a need for a manufacturer of blister packs in Brisbane. These days, Ian leaves Matt to look after the factory and is concentrating on looking after our customers. It is Ian that you will speak to if you are looking for a new package. Being the man who started the business, he is very familiar with the processes involved.  Therefore he has an intimate knowledge of what will and won’t work. He knows our products well, and is very good at working out what will be the best solution in every situation.

Before Ian made the decision to start his own business, he had much warehousing and manufacturing experience. Previously he had worked for the Golden Circle Cannery.  It was there that he learned the importance of a good work ethic.  Expectations there were very high, and the demand to stay on the job and keep up with production was a great learning experience in his early working career.

Later, when Ian worked at Pacific Products, first in the warehouse, and then overseeing the production of the company’s packaging, he learned the value of keeping stock.  This ethic has been very much carried into his own company.  It was at Pacific Products that Ian learned the skills that he now uses in our company.  He started Shiloh Plastics while still working at Pacific Products with the full support of his employers after he recognised a need for this industry in Brisbane.

In the early years, Ian worked many long days as we lay the foundations for the company that he now oversees.

Today, while Ian is usually in the factory at some time every day checking that all is running efficiently, he is often out of the office.  He has put capable people overseeing the running of the business so that it runs seamlessly even when he’s not there.  Never the less, he keeps his hand very much on the pulse and makes sure that everything is running efficiently as he expects. He also still loves to help out on the machines, so we often find him in the factory giving Matt a hand.